These days when someone mentions roti, they’re likely not just talking about the flatbread commonly associated with Indian cuisine. They’re talking about Trinidadian roti, the burrito-style wrap filled with savory curried fillings and enveloped by the Indian flatbread that shares its name.

“Trinidad is really responsible for making the roti into a wrap,” says Johnny Ali, owner and chef of Ali’s Trinidad Roti shop in Brooklyn. “Roti is the main lunch of Trinidadians, and it’s becoming more popular throughout the West Indies.” 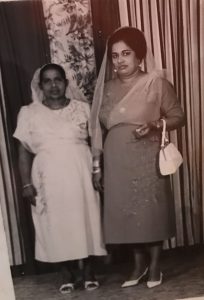 He credits the cultural influences of the Spanish, East Indians and Africans for making the Trinidadian roti what it is today—and (according to him), the roti preference for all of the Caribbean.

But Ali really would know best. He says his family has been there from the beginnings of the Trinidadian roti nearly 50 years ago. “I grew up in a roti shop. My grandparents had roti shops,” says Ali, who himself has been in business for 20 years.

And over those years, Ali admits he’s seen an uptick in the global popularity of the roti wrap and even a growing diversity among his shop patrons. “I think street food is really evolving right now.” 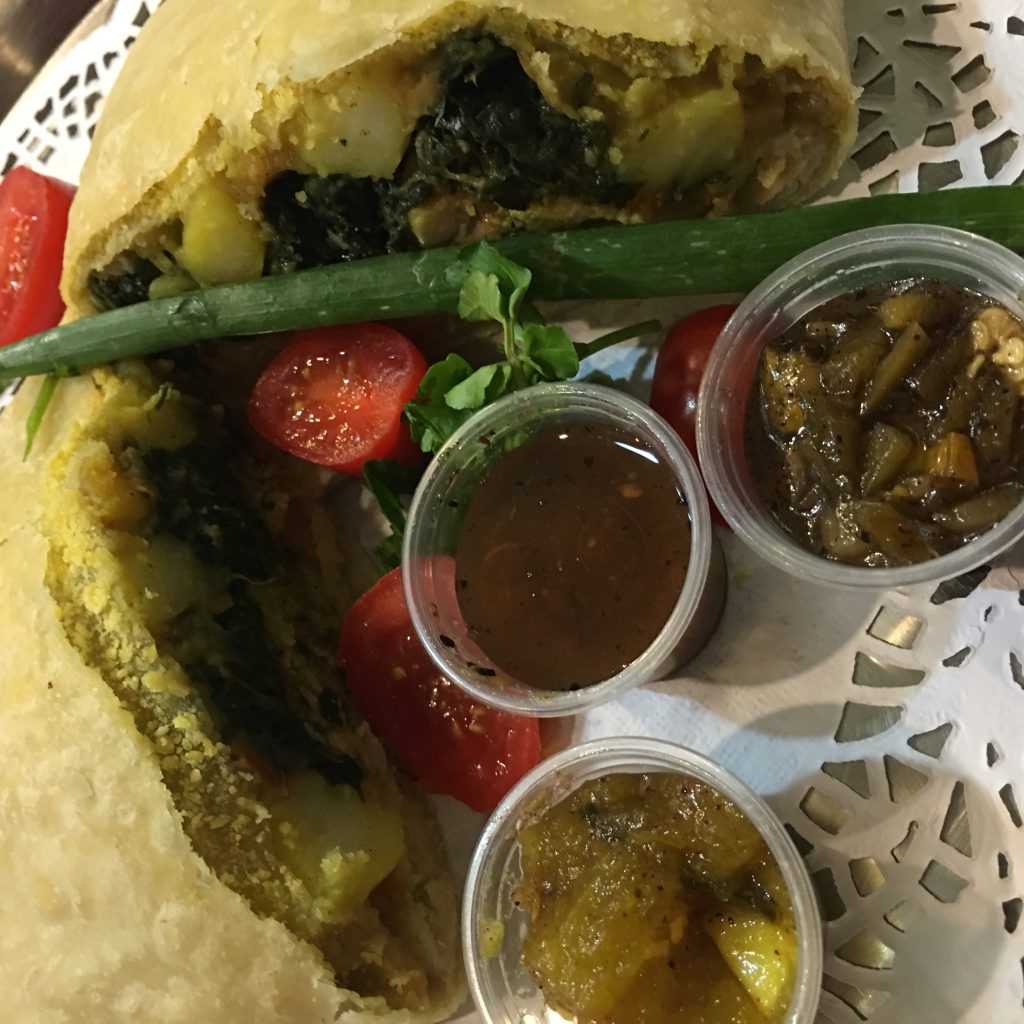 Combine first seven ingredients; then rub on chicken. Let sit for at least 30 minutes. Heat oil in saucepan on medium heat. When hot, stir in saffron. After 1 minute, add in curry powder; stir for another minute (Ali says you may wish to add a little water to thin it out at this point). Add seasoned chicken to the pot; cook for 30 minutes. Add geera; cook for another 5 minutes. Dish into roti bread, wrap and grill for a Trinidadian roti. Or serve with basmati rice or hot roti on the side.

Mix all ingredients together. Knead until dough is medium soft. Let sit for 20 to 30 minutes. Divide dough into four equal parts; roll each into a ball. Taking one ball at a time, sprinkle with flour. Flatten, then roll into round disc, about ⅛-inch thick. Cook disc on greased flat grill over medium-hot heat. Flip every 5 seconds, brushing roti with oil until it’s golden brown.