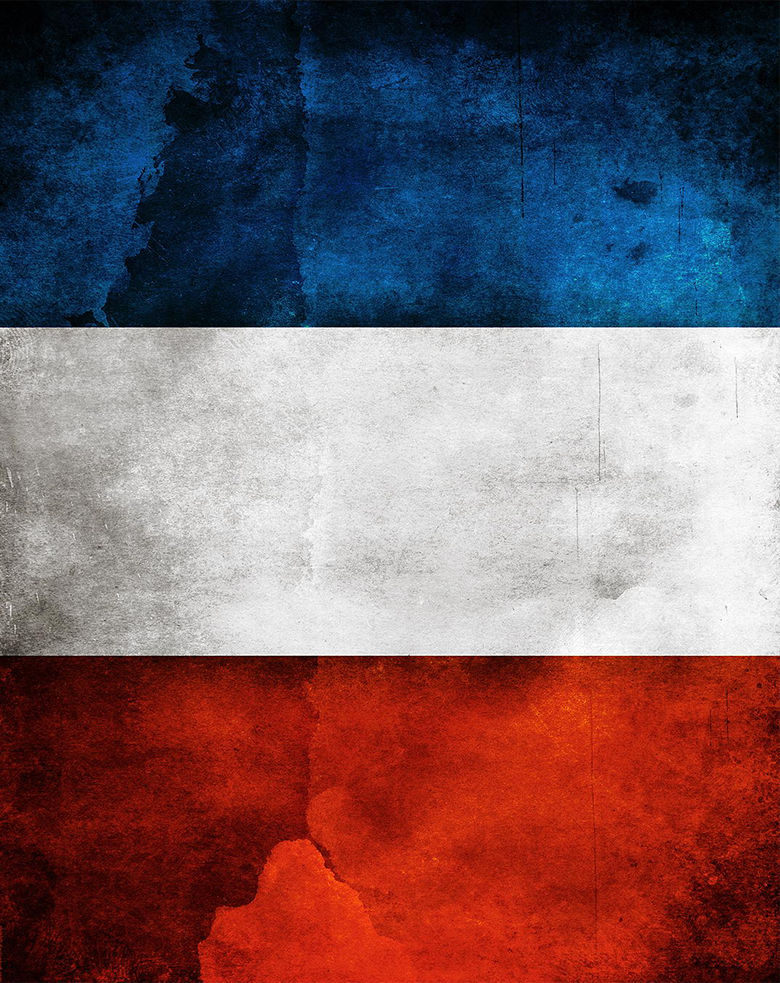 In a portrait that could mimic a scene miles away in the mainland, tourists picnic on the beach, clutching books and baguette sandwiches. Expensive yachts and sailboats line the marinas. Cafes speckle the beachside towns. French flies freely off the tongues of natives and tourists alike (Europeans still make up the majority of the island’s guests). The cuisine is also influenced; typical French pastries, cheeses and cooking techniques appear as the hallmarks of many menus (some of the islands top chefs have either trained or worked in the French mainland).

It’s a French department, therefore no different than the departments of Paris or Rhône in classification. So if you’re looking for a European-style vacation but can’t reason with a long flight time or a costly ticket, Martinique should rank high in your consideration. It’s roughly a four-hour flight from the East coast.

But there’s more to the island than just a quick connection to France. It’s rich with culture, blending French and Caribbean character with the African customs passed on from the descendants of the slave trade. And you’ll find the Martinicans take every opportunity to honor those roots in the traditions of Carnival and more.

Join us in Martinique for four amazing days of fun, adventure and entertainment. Click Here for more details. 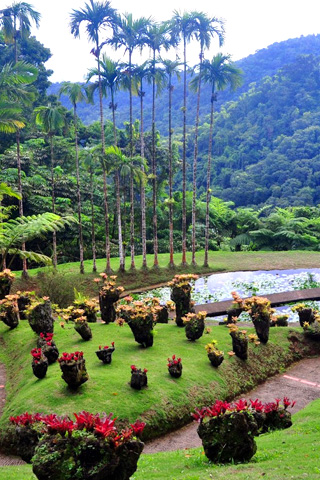 Here, high up the Carbet mountainside mere miles outside of Fort-de-France, the wind is pretty robust and the sun is nearly blinding. But upon entry into the botanical gardens, you’re immediately wrapped in a calming coverage of towering trees and other vibrant plant life. The Balata Garden, a 300-hectare private garden, is certainly one of the island’s greatest treasures and perhaps the best embodiment of Martinique’s nickname, “the Isle of Flowers (jardindebalata.fr). You’re welcomed by hummingbirds who steal sips of nectar near the garden’s entrance, and a path careens through the grounds over treetop canopies and descends into a perfectly framed lookout over the Pitons du Carbet. 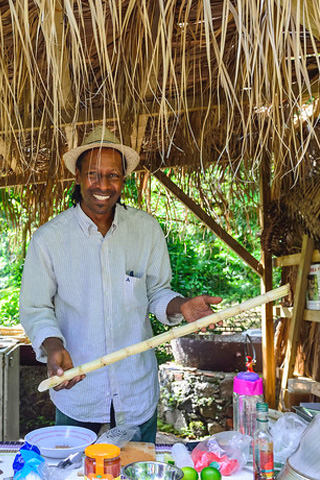 (Les Trois-Îlets ) The Savannah Slave Museum is one such must-see attraction that helps to highlight those roots (lasavanedesesclaves.fr). Founder and creator Gilbert Larose took extraordinary steps to teach the island’s slave history to the youth. Over several years, he built the property himself, installing life-size replicas of slave quarters and settlements of slaves who escaped the plantations to live off the land. Informative placards in French and English help to describe the daily life of both escaped and captive slaves while exhibiting the cruelties of the slave trade. The grounds also include a beautifully landscaped garden of natural herbs, trees and plants, which Martinicans used—and many still use to this day—to heal various ailments. Larose recently added a showcase to display the settlements of the native Caribs who inhabited the island before the colonizers. 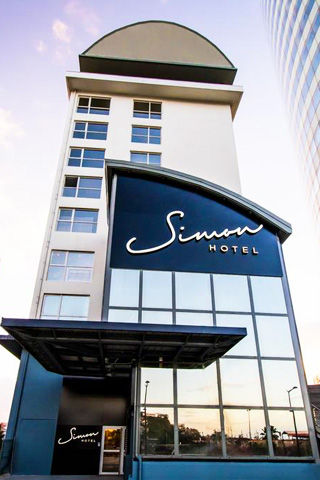 The less-than-two-year old property holds a great location on Fort-de-France Bay, walking distance from the city’s best shopping and restaurants. The four-star, 94-room boutique offers guests a refined yet contemporary design. A trendy bar sets the scene with craft cocktails, while its in-house restaurant dishes out a French- and Creole-influenced fare inspired by Martinique native and Michelin star winner Marcel Ravin (hotel-simon.com). 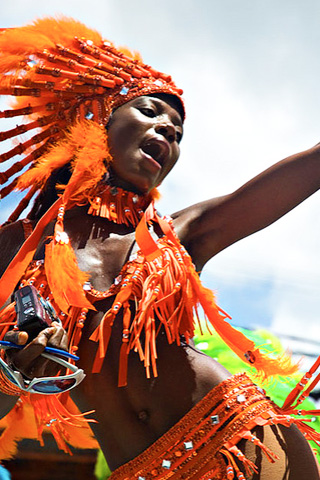 It’s reported that Aimé Césaire traveled to Senegal in the 1940s and was surprised to see figures of red devils reflected throughout their community. Those figures were strikingly similar to that of Martinique’s own red devils tradition (diables rouges), which have long been the basis for the fourth day of Carnival (Shrove Tuesday or Mardi Gras). In the celebration known as Red Devils Day, participants don red, with many wearing masks with horns and small pieces of reflective mirrors. While the devil symbolism and a massive crowd of revelers clad in red might seem jarring to the uninformed, the tradition actually has no connection to the devil of popular religion. In earlier slave society of Martinique, the red devils symbolized change and strength, and that symbolism was likely passed on from those slaves originating from Senegal.
While Carnival itself is a European tradition and therefore brought to the island by the French, many of Martinique’s Carnival traditions, like the red devils, have roots in slavery. The nègres-gros-sirop tradition is when participants paint their bodies in a mixture of molasses and coal. One theory suggests the ritual was derived from a common practice slaves used to disguise their bodies so they could move through the night. Some revelers coat themselves in red clay, representing the legacy of clay craftsman hailing from the Poterie Village. The bélé drum rhythms and dances used in the carnival processions also derive from the African slave traditions. And the symbolic burning of King Vaval, which caps the last day of Carnival, also finds its roots in Martinique’s slave culture. 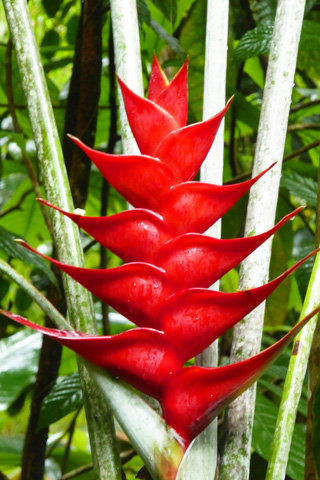 Widely viewed as the father of the negritude movement, Aimé Césaire promoted a pan-African identity while spotlighting colonial oppression. Martinique born and raised, he became a world-recognized poet, author, intellectual and politician. His efforts not only produced profound literary works like his “Notebook of a Return to the Native Land” poem, but his ideas sparked a political movement throughout the Caribbean. And though deceased (Césaire passed in 2008), the former Fort-de-France mayor’s footprint still remains. The airport bears his name. And his vision—a society that proudly embraces that African heritage—is a dream still intact. Whether through the customs of Carnival or the memorialization through works of art, you’ll find these connections to the motherland make up a huge part of Martinique’s cultural persona. The red heliconia was adopted as the symbol of his progressive party and symbol of the land.