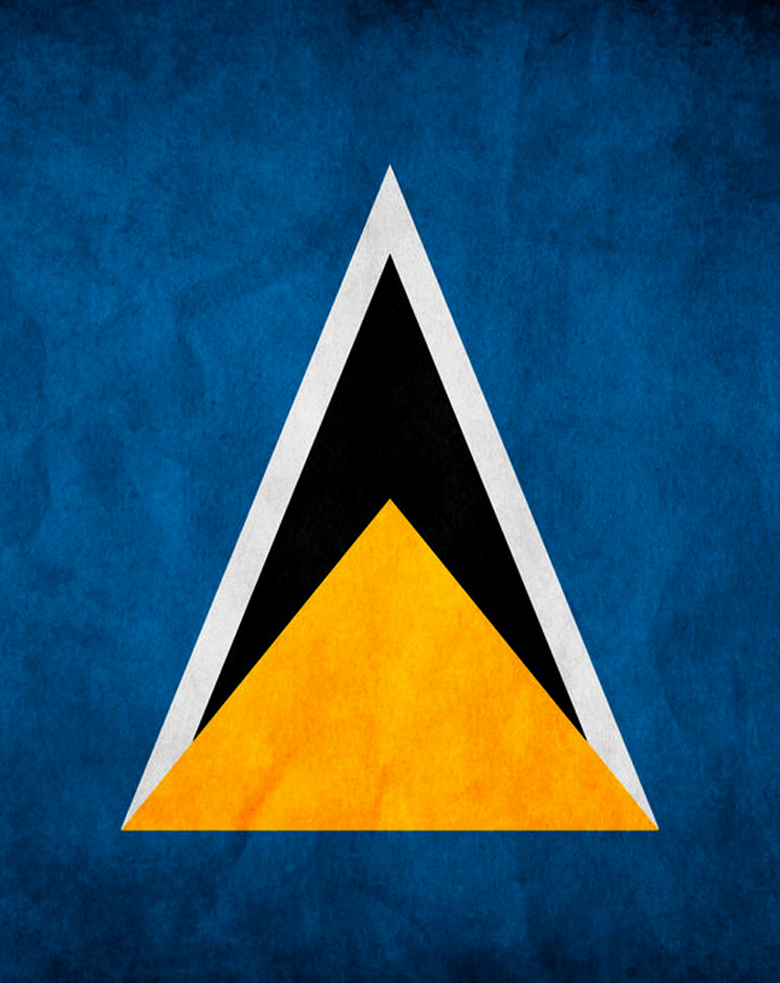 Known as the Helen of the Caribbean, the island is a true wonder of beauty

Just south of Martinique and a few hundred miles from the coast of South American, lies a wonderland of rainforest, waterfalls and exotic birdlife.

The island also boasts the world’s only drive-in volcano, where pillows of smoke waft up, eventually blending into the forested mountainside. Renowned for its natural beauty, which includes world-famous views of its picturesque Pitons, Saint Lucia is a true prize in the Caribbean. If fact, the island was nicknamed the “Helen of the Caribbean” because the colonial empires of France and Britain continuously feuded for ownership of the island.

Though predominately an English-speaking island and member of the commonwealth, the Saint Lucian culture retains essences of its colonial history. The native patois reflects a mix of French, African and English. Cities and streets bare both French and English names. From creole bread to stews, the island’s most treasured dishes combine slave and maroon (escaped slave communities) cooking traditions along with French culinary influences.

Chocolate is also a staple product of the island and can be enjoyed as cocoa tea (a traditional morning beverage served warm). And of course, rum is also Lucian specialty with a few small Saint Lucian family-owned distilleries on the island.

Join us in St. Lucia for an incredible weekend of fun, adventure and entertainment. Click Here for more details. 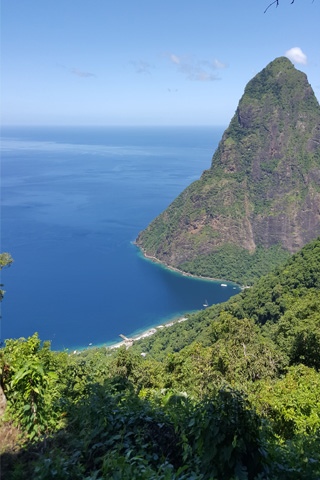 The French word for mountain peak is called pitons. In other French-speaking Caribbean islands, you tend to hear the mountain ranges called pitons (I.e. Pitons du Cabaret). Similarly, Saint Lucia, which was once a French colony, has two cone-shaped mountain peaks emerging from the waters. Yet, they are popularly known in proper name as the Pitons and separately as Gros Piton and Petit Piton. The stunning peaks are an identifying mark in St. Lucia’s beauty, making views from the inland all the more enchanting. 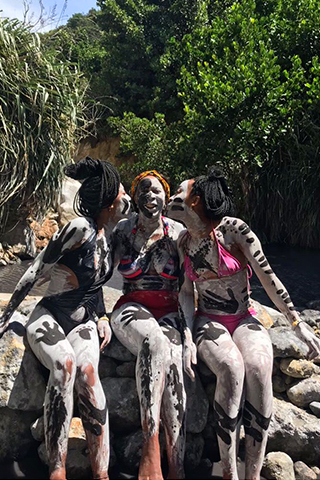 Meaning “sulfur in the air” in French, Soufriere is a town on the island’s West Coast. The quiet waterfront town can bustle with activity and vendors from time to time, but the major tourist attraction lies inward, where the heavy smell of sulfur drifts in the air at deeper intensities. Tourists from all over (and reportedly even Oprah) visit the mud baths at the foot of the Sulfur Springs’ volcano. Gently heated by the volcano, the mineral waters and clay surrounding the volcano are supposed to detox and heal ailments such as sunburn, eczema and more. 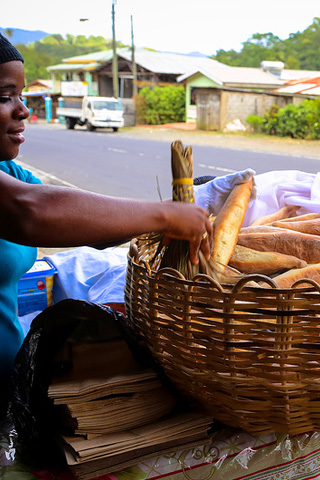 Similar to a baguette, these long rolls have a crisp exterior and chewy inside. Served fresh out of a wood-fire oven, the locals enjoy the bread with a slice of cheese or smear of butter. Roadside stands like Zeb’s are popular stops to sample the Saint Lucian specialty. 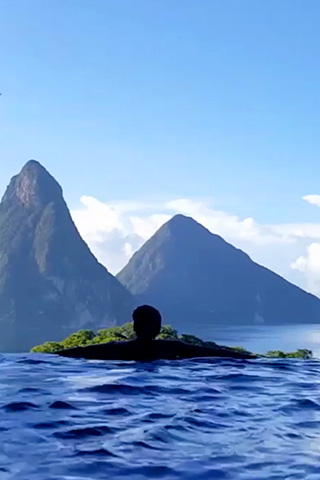 Talk about a room with a view. Owner/architect Nick Troubetzkoy definitely didn’t sell you short on this aspect. Set in the cliffs, each three-walled room (with 15-foot-high ceilings) perfectly frames your panoramic view of the Caribbean Sea and St Lucia's Piton World Heritage site.The open-air space, void of TVs, allows you to reconnect with Mother Earth in poetic fashion, waking to an undeniably stunning sunrise and falling asleep to the soft hum of nature’s soundtrack). The rooms are perfect for honeymooners. Couples can nestle away in complete privacy with every desire practically fulfilled in their suite—sun, swim and food. A personal butler, whom you can contact via resort-provided cell phones, is available for any requests. And nearly all of the 29 rooms (which Jade Mountain calls sanctuaries) include your private infinity pool. All pools are uniquely shaped, some even extending the length of the room (jademountain.com). 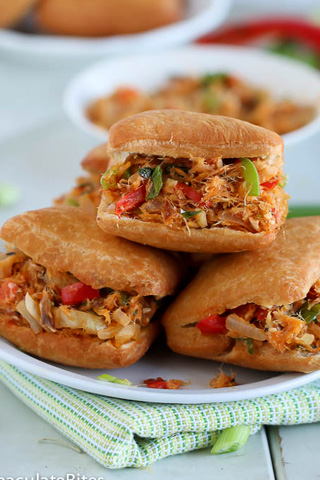 No visit to the island would be complete without a traditional Saint Lucian breakfast. Saltfish and bakes is an easy one to fall in love with. The bakes, like a fried doughnut with a crispy shell and doughy center, is served warm. A subtle sweetness pair perfectly with the saltfish, generally served with peppers and onions. The country’s national dish pairs the saltfish with a boiled green banana (called a fig by the locals). But the bakes really making the saltfish combo a winner.French-speaking Caribbean islands, you tend to hear the mountain ranges called pitons (I.e. Pitons du Cabaret). Similarly, Saint Lucia, which was once a French colony, has two cone-shaped mountain peaks emerging from the waters. Yet, they are popularly known in proper name as the Pitons and separately as Gros Piton and Petit Piton. The stunning peaks are an identifying mark in St. Lucia’s beauty, making views from the inland all the more enchanting.